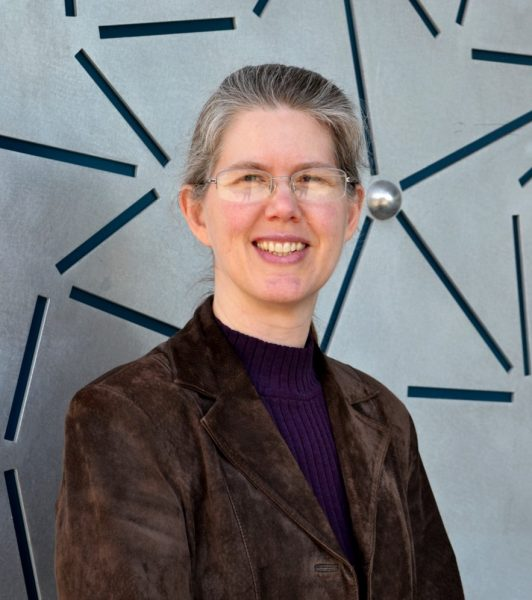 CMI researcher Theresa Windus joined Iowa State University as a full professor and an associate researcher with DOE’s Ames Laboratory in August of 2006.  She develops new methods and algorithms for high performance computational chemistry as well as applying those techniques to both basic and applied research.  Her current interests are rare earth and heavy element chemistry, catalysis, aerosol formation, cellulose degradation, photochemistry, and design and development of efficient and novel massively parallel chemistry algorithms.  Theresa has a history of delivering software and has been involved in the development of both GAMESS and NWChem.  She currently serves on the editorial advisory board of the Journal of Physical Chemistry A/B/C and is a subject area editor for Parallel Computations.

Theresa holds B.A. degrees in Chemistry, Mathematics and Computer Science from Minot State University and a Ph.D. in Physical Chemistry from Iowa State University.  She has held several positions at other government labs including being the Director of Computational Chemistry/Training at the Wright Patterson Air Force Base Major Shared Resource Center and the Technical Lead for the Molecular Science Software Group and the Visualization and User Services group in the Molecular Science Computing Facility in the Environmental Molecular Sciences Laboratory of Pacific Northwest National Laboratory.