Ames National Laboratory is a government-owned, contractor-operated national laboratory of the U.S. Department of Energy (DOE), operated by and located on the campus of Iowa State University in Ames, Iowa. For over 70 years, the Ames National Laboratory has successfully partnered with Iowa State University, and is unique among the DOE laboratories in that it is physically located on the campus of a major research university.

Many of the scientists and administrators at the Laboratory also hold faculty positions at the University and the Laboratory has access to both undergraduate and graduate student talent.

Click on the names below to read more about our leadership team: 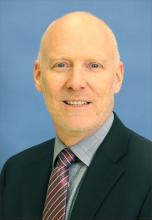 Adam Schwartz became Director of Ames National Laboratory in 2014. He is also a professor of Materials Science and Engineering in the College of Engineering at Iowa State University.

Prior to joining Ames National Laboratory in 2014, Schwartz had nearly 23 years of materials science research and management experience at Lawrence Livermore National Laboratory in Livermore, CA that spanned physical metallurgy to condensed matter physics with a particular focus on phase transformations, phase stability, and electronic structure of actinides and lanthanides. He held leadership positions for Plutonium Aging, Dynamic Properties of Materials, and Physics and Engineering Models programs.

He led the Lawrence Livermore National Laboratory team during the development of the Critical Materials Energy Innovation Hub and then continued on as the Developing Substitutes Focus Area Leader. In this role, he leveraged his expertise in metallurgy, condensed matter physics, and technical management to drive the innovation of substitute materials. The Energy Innovation Hub, known as the Critical Materials Institute, is led by Ames Laboratory.

Schwartz has authored over 100 journal articles, monographs, book chapters, technical reports and co-edited two editions of Electron Backscatter Diffraction in Materials Science. Schwartz holds B.S. and M.S. degrees in Metallurgical Engineering and a Ph.D. degree in Materials Science and Engineering, all from the University of Pittsburgh. 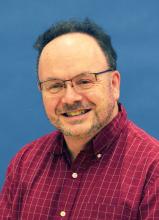 Morris’ research has focused on a variety of materials science challenges, including alloy design, high entropy alloys, metallic liquids and glasses, and hydrogen storage and other confined fluids in porous media. He earned his B.S. in physics at Colorado State University in 1987, and his Ph.D. in theoretical physics from Cornell University in 1992.  He worked at Ames National Laboratory first as a postdoctoral associate then as a scientific staff member.  In 2003, he joined the Alloy Behavior and Design group at Oak Ridge National Lab (ORNL), and in 2005 also became joint faculty with the University of Tennessee’s Materials Science and Engineering department.  At ORNL, Morris served as Deputy Director for the DOE Energy Frontier Research Center for Defect Physics, as Lab Coordinator for the Basic Energy Sciences - Materials Science and Engineering program, and as Materials Theory Group Leader. 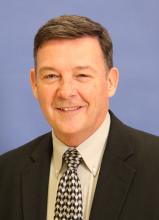 As the manager of most operational business functions of the Laboratory, Hamilton is crucial to the Laboratory’s operational excellence, efficiency, and agility, including administration of the contract between the Department of Energy and Iowa State University to run Ames Lab.

Chelsey Aisenbrey has been Director of Ames National Laboratory’s Planning and Performance since 2021. Prior to that, she served as the Lab’s Director of Human Resources. 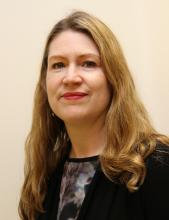 Krennrich earned a PhD from ISU in Experimental Condensed Matter Physics with an emphasis on the electromagnetic properties of strongly correlated electron systems, particularly those found in some classes of high temperature superconductors. She also holds an MBA in Finance from ISU.

Lograsso has been a research scientist at the Ames National Laboratory since 1988. His research interests include solid-liquid phase equilibria, solid-solid phase interactions, quasicrystalline alloys, kinetics of phase transitions, and synthesis of single crystals of intermetallics, magneto-responsive alloys and compounds. 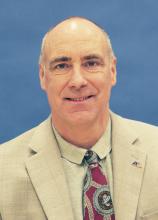 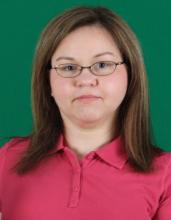 Emily Smith is the Division Director for Chemical and Biological Sciences at Ames National Laboratory and a Professor of Chemistry at Iowa State University.

She is an optical spectroscopist focusing on measurements that are traditionally inaccessible to light-based measurements. Her research interests are spectroscopy instrument development for the analysis of nanoscale phenomena in separations materials, plant and animal tissue; and understanding the molecular events that lead to the organization of the cell membrane.

She received a Bachelor’s degree from Northwestern University and graduate degrees in chemistry from Pennsylvania State University (M.S.) and University of Wisconsin-Madison (Ph.D.). Her postdoctoral appointments were at University of Delaware and she was a Ruth L. Kirschstein National Research Service Award Postdoctoral Fellow at University of Arizona and the Arizona Cancer Center. She was a 2019-2021 American Association for the Advancement of Science, Science and Technology Policy Fellow working at the Department of Energy, Office of Science, Basic Energy Sciences. 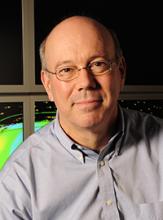 Mark Bryden is the founding director of the Simulation, Modeling and Decision Science program at the Laboratory and is a professor of mechanical engineering at Iowa State University. Bryden’s research is focused on the federation of information from disparate sources (e.g., models, data, and other information elements) to create detailed models of engineered, human, and natural systems that enable engineering decision making for these complex systems.

Bryden has published more than 180 peer-reviewed articles and co-authored the textbook Combustion Engineering. He has founded two successful startups based on his research work, and he has founded the nonprofit ETHOS, a community of 150+ researchers focused on meeting the needs for clean village energy in the developing world. He has received three patents, three R&D 100 awards, two Regional Excellence in Technology Transfer awards, and a National Excellence in Technology Transfer award. In 2013 he and his coauthors received the ASME Melville Medal.