What is the pairing “glue” for electrons in iron-based high-temperature superconductors? Scientists now have more clues. 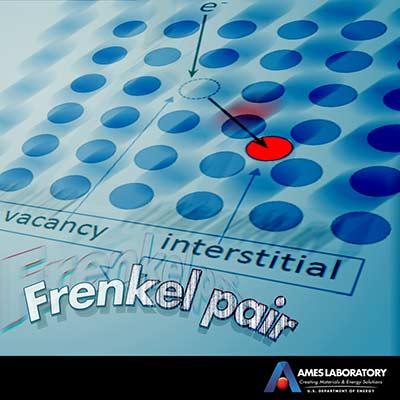 Newly published research from a team of scientists led by the U.S. Department of Energy’s Ames Laboratory sheds more light on the nature of high-temperature iron-based superconductivity.

Current theories suggest that magnetic fluctuations play a very significant role in determining superconducting properties and even act as a “pairing glue” in iron-based superconductors.

“A metal becomes a superconductor when normal electrons form what physicists call Cooper pairs. The interactions responsible for this binding are often referred to as ‘pairing glue.’ Determining the nature of this glue is the key to understanding, optimizing and controlling superconducting materials,” said Ruslan Prozorov, an Ames Laboratory physicist who is an expert in superconductivity and magnetism.

The scientists, from Ames Laboratory, Nanjing University, University of Minnesota, and L’École Polytechnique, focused their attention on high quality single crystal samples of one widely studied family of iron-arsenide high-temperature superconductors. They sought an experimental approach to systematically disrupt the magnetic, electronic and superconducting ordered states; while keeping the magnetic field, temperature, and pressure unchanged.

They chose a not-so-obvious direction— deliberately inducing disorder in the crystal lattice, but in a controlled and quantifiable way. This was performed at the SIRIUS electron accelerator at École Polytechnique. The scientists bombarded their samples with swift electrons moving at ten percent of the speed of light, creating collisions that displaced atoms, and resulting in desired “point-like” defects. The method, adopted at Ames Laboratory in the early stages of iron superconductivity research, is a way to poke or nudge the system and measure its response. “Think about it as another ‘knob’ that we can turn, leaving other important parameters unchanged,” said Prozorov.

In previous and related research published in Nature Communications in 2018, and using a similar approach of probing the system by disorder, the team looked at the coexistence and interplay of superconductivity and charge-density wave (CDW), another quantum order competing with superconductivity. There they found an intricate relationship in which CDW competes for the same electronic states, but also helps superconductivity by softening the phonon modes that play the role of a superconducting glue in that case (an NbSe2 superconductor).

In the present work itinerant magnetism (spin-density wave) also competes with superconductivity for the electronic states, but offers magnetic fluctuations as a glue.

The team found that the added disorder resulted in a substantial suppression of both magnetic order and superconductivity, pointing to a nontrivial role of magnetism in high-temperature superconductivity.