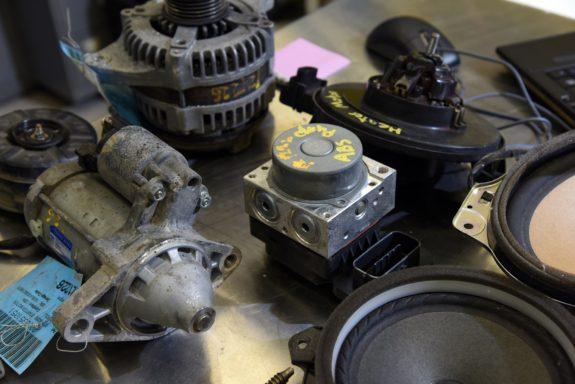 INL: Looking to the salvage yard for rare earth elements

As the United States seeks a stable domestic supply of rare-earth elements – essential to high-tech instruments and electronics – researchers at Idaho National Laboratory (INL) are looking to the salvage yard to see what might be lurking under the hoods and in the doors of light-duty cars and trucks.

Rare-earth elements (REEs) are not scarce but scattered, meaning they typically can’t be found in economically exploitable concentrations. They have become increasingly sought after, however, since they are used in high-strength magnets, electric motors, and consumer goods like laptops, tablets and cellphones. A single smartphone can contain nine rare-earth elements alone.

Ruby Nguyen and Devin Imholte both specialize in supply chain analysis for INL and the Critical Materials Institute (CMI), an Energy Innovation Hub funded by the U.S. Department of Energy. In CMI’s first five years, there was a focused effort on computer hard disk drives to quantify what REEs could be recovered from the magnets inside them. Working with counterparts within INL and at Oak Ridge National Laboratory, the research indicated that recovering REEs from hard drives would meet less than 1 percent of global magnet demand.