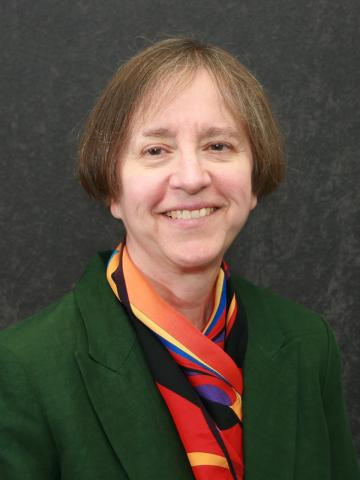 Patricia Thiel, an Ames Laboratory scientist and Distinguished Professor of Chemistry and Materials Science and Engineering at Iowa State University, has been elected to the American Academy of Arts and Sciences. The Academy announced its 2019 class of new members today.

“We are absolutely delighted to hear of Pat's election to the Academy," said Ames Laboratory Director Adam Schwartz. "Her research has been invaluable to advancing our understanding of quasicrystals and metamaterials. She has served the Laboratory well in multiple leadership roles, and is a strong and constant collaborator with scientists around the globe. This is recognition well-deserved.”

Since 1983, Thiel has been a scientist at Ames Laboratory and a faculty member at Iowa State, accumulating numerous high-profile awards and recognition throughout her career in the research of surface chemistry at the atomic scale. She has held several leadership posts at Ames Laboratory and Iowa State, including Chief Research Officer for the Laboratory, and Chair of the Department of Chemistry for the university.

The American Academy of Arts and Sciences was founded in 1780 by John Adams, James Bowdoin, and others who believed the new republic should honor exceptionally accomplished individuals and engage them in advancing the public good. The 239th class of new members is available at amacad.org/newly-elected-academy-members.