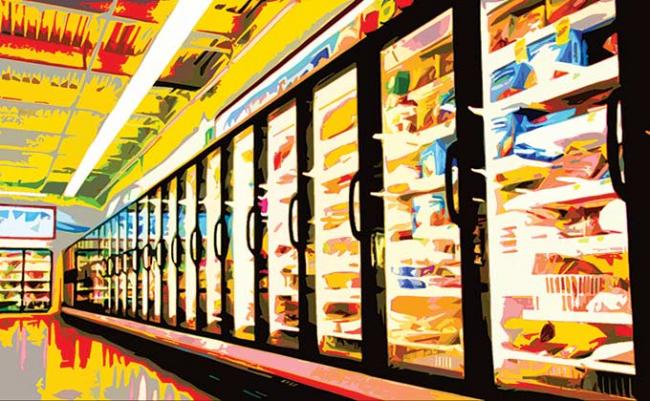 Refrigeration has been such an integral part of our everyday lives for so long that we rarely think of it. Our food is fresh and our offices and living rooms are temperature-controlled thanks to vapor compression technology developed over a century ago, which has become an integral part of medical care, transportation, military defense, and more.

According to the U.S. Energy Information Administration, almost a quarter of U.S. total electricity use goes to cooling in one form or another. Globally, the United Nations Environmental Programme estimates that the number of cooling appliances in operation will more than double by the year 2050. Today’s vapor-compression systems move heat through a closed-loop cycle by compressing, condensing, expanding, and evaporating a refrigerant fluid. Depending on the configuration and operating mode, vapor-compression systems can supply space cooling and/or space heating to maintain a comfortable environment within buildings. And though vapor compression is a very mature and a relatively inexpensive-to-manufacture technology, it has almost reached its theoretical limit of potential energy efficiency. We need new systems that will improve the energy efficiency for cooling.

For those reasons, a group of scientists and engineers at the U.S. Department of Energy’s Ames Laboratory are inspired by the idea that refrigeration could be radically improved—made cheaper, cleaner, and more energy-efficient—by abandoning vapor compression for something entirely new: a solid-state caloric system. Solid-state caloric systems rely on the reversible thermal phenomena to supply cooling and heating when a magnetic, electrical, or stress field varies, e.g. magnetocaloric, electrocaloric, and elastocaloric respectively. The idea that caloric systems could be used as a replacement for traditional refrigeration technology is actually nothing new. For the last 20 years, materials scientists have been searching for compounds that can generate strong cooling effects when cyclically acted upon. Further efficiency gains can also be realized by combining several of these caloric phenomena together, something not offered by vapor compression.

“It’s like replacing the incandescent light bulb with an LED bulb. This new technology could have a similar impact, but with the potential to achieve in a completely different and even more efficient and sustainable way,” said project leader Vitalij Pecharsky, Ames Lab scientist and Iowa State University Anson Marston Distinguished Professor of Materials Science and Engineering. “We are overdue for the same kind of change in the refrigeration and heat pumping industries.” And while many promising materials and systems exist, even to the point that sleek prototype appliances have been rolled out at industry shows in recent years, cost remains a big barrier to widespread manufacturer and consumer adoption.

Ames Laboratory has been in caloric materials research for the long haul, dating back to their groundbreaking discovery of the giant magnetocaloric effect in 1997, and current research has earned them five patents in materials discovery alone.

Now they are turning their attention to materials and systems development.

“We know it’s doable. It’s been demonstrated many times. But we know the real obstacle preventing the leap into marketable technology is affordability, and that is what we’re tackling in our current effort,” said Pecharsky.