The Journal of Vacuum Science and Technology A has published a special issue commemorating the contributions of Pat Thiel to the field of surface science. Thiel, an Ames Laboratory Scientist and Distinguished Professor of Chemistry at Iowa State University, passed away in September 2020 from breast cancer. 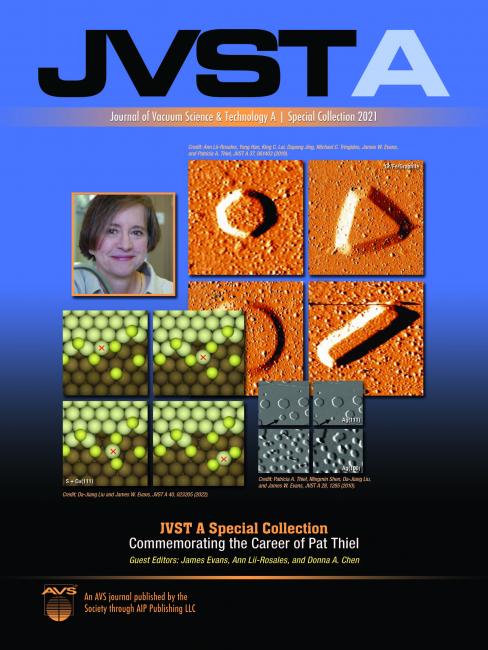 The issue contains a collection of 26 journal articles contributed by colleagues, collaborators, and former Thiel group members, on topics that represent the range and depth of Thiel's collaborative, interdisciplinary approach to her work, including: chemisorption, reconstruction, and complex formation on metal surfaces; submonolayer nucleation and growth and kinetic roughening of epitaxial thin films; coarsening of surface nanostructures; intercalation; surface phenomena for intermetallics including quasicrystals; and atomic-scale friction.

Pat’s scientific accomplishments were recognized with several major awards including the 2014 Medard Welch Award of the American Vacuum Society (AVS) for seminal contributions to the understanding of quasicrystalline surfaces and thin film nucleation and growth, the 2010 Arthur Adamson Award from the American Chemical Society for Distinguished Service in the Advancement of Surface Chemistry, and the 2010 David Adler Lectureship Award in the field of Materials Physics from the American Physical Society. She was a Fellow of the AVS, APS, MRS, and AAAS, and was inducted into the American Academy of Arts and Sciences in 2019.